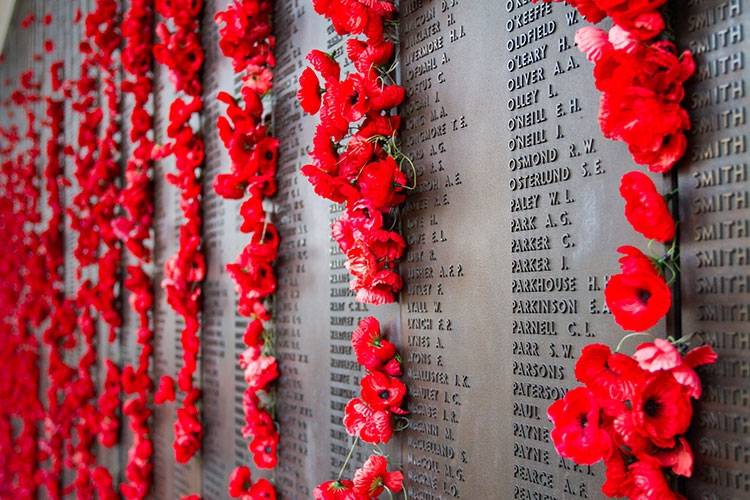 When the ANZACs landed at Gallipoli, they were met with powerful resistance from the Ottoman forces. The campaign lasted for 8 months. During this time, the lives of over 8000 Australian soldiers were lost, and the allied forces were evacuated at the end of 1915. Although the capture of Gallipoli was unsuccessful, the actions of the Australian and New Zealand armed forces left a strong legacy.

The 25th of April was officially named ANZAC day in 1916, and today ANZAC Day is to remember all Australians who gave their lives in military service. Remembrance on ANZAC Day is usually in two parts – the first is a dawn service at which typically features an introduction, prayer, hymn, the laying of wreaths, the last post, a moment of silence and the national anthem. Later in the day, ex-service men and women take part in parades and marches. Rosemary may be worn at these services, as it grows wild at Gallipoli. For a list of ANZAC day services on the Mornington Peninsula, see the Mornington Peninsula shire website.

One thing everyone associates with ANZAC day is, of course, the ANZAC biscuit. ANZAC biscuits came to be as families and loved ones of the soldiers fighting overseas would often send food, however because of the delays it could take sending this food all the way from Australia to the front lines, the food had to be able to go long periods without needing refrigeration – and that had some nutritional value. Thus, the ANZAC biscuit was born.

So this ANZAC day, try heading down to your local dawn service or march, maybe enjoy a bikkie or two, and take a few moments to remember the brave men and women who have given their lives fighting for our country.

They went with songs to the battle, they were young.
Straight of limb, true of eye, steady and aglow.
They were staunch to the end against odds uncounted,
They fell with their faces to the foe.

They shall grow not old, as we that are left grow old:
Age shall not weary them, nor the years condemn.
At the going down of the sun and in the morning,
We will remember them.

Ashlynn
Ashlynn is one of our dental assistants. She loves her job, photography, and her dog.